I’ve been a Freemason since 2011. My wife had prodded me to join ever since we started dating, mostly because she wanted to be eligible to join the Order of the Eastern Star like Laura Ingalls Wilder. I had inquired a few times over the years, thinking it might be “interesting” but it wasn’t until a business associate and I sat down after a charity fundraiser I had held at my house. My wife put the tea on and told us we could stay up as late as we want.

It wasn’t just my interest in a living oral tradition with symbolic roots in various cultures and traditions. I wanted to be around others who profess values dear to me — religious tolerance, integrity, and doing good for mankind. It was also a way for me to be more connected to the community and just be around other men, something I never really did much earlier in life.

Brother Ken Stuczynski hails from the Grand Lodge of the State of New York, raised in West Seneca Lodge No.1111 and served as Master of Ken-Ton Lodge No.1186. He is a 32nd Degree Scottish Rite Past Sovereign Prince, current High Priest of East Aurora Royal Arch Chapter No.282, Cryptic Mason, and past Patron of Pond Chapter No.853 Order of the Eastern Star. He is a regularly published Masonic author on topics from technology to esotericism. 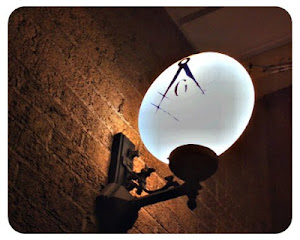 Read my articles on MidnightFreemasons.Org

As a masonic speaker throughout New York State, he has given presentations at town hall meetings regarding the use of technology in the Craft. Some of his over 30 Empire State Mason articles have been republished in Arizona and New Jersey. To aid in his outreach on these topics, he authored “Webmastering the Craft: Fraternity in a Digital World”, available worldwide in softcover and eBook, but can cover many Masonic subjects, including his “Arabic Cyphre Hypothesis”, “An Astronomical Tour of the Lodge”, and “Through the Eastern Door”, a comparison of Western Esotericism with Eastern Metaphysics and Mysticism.